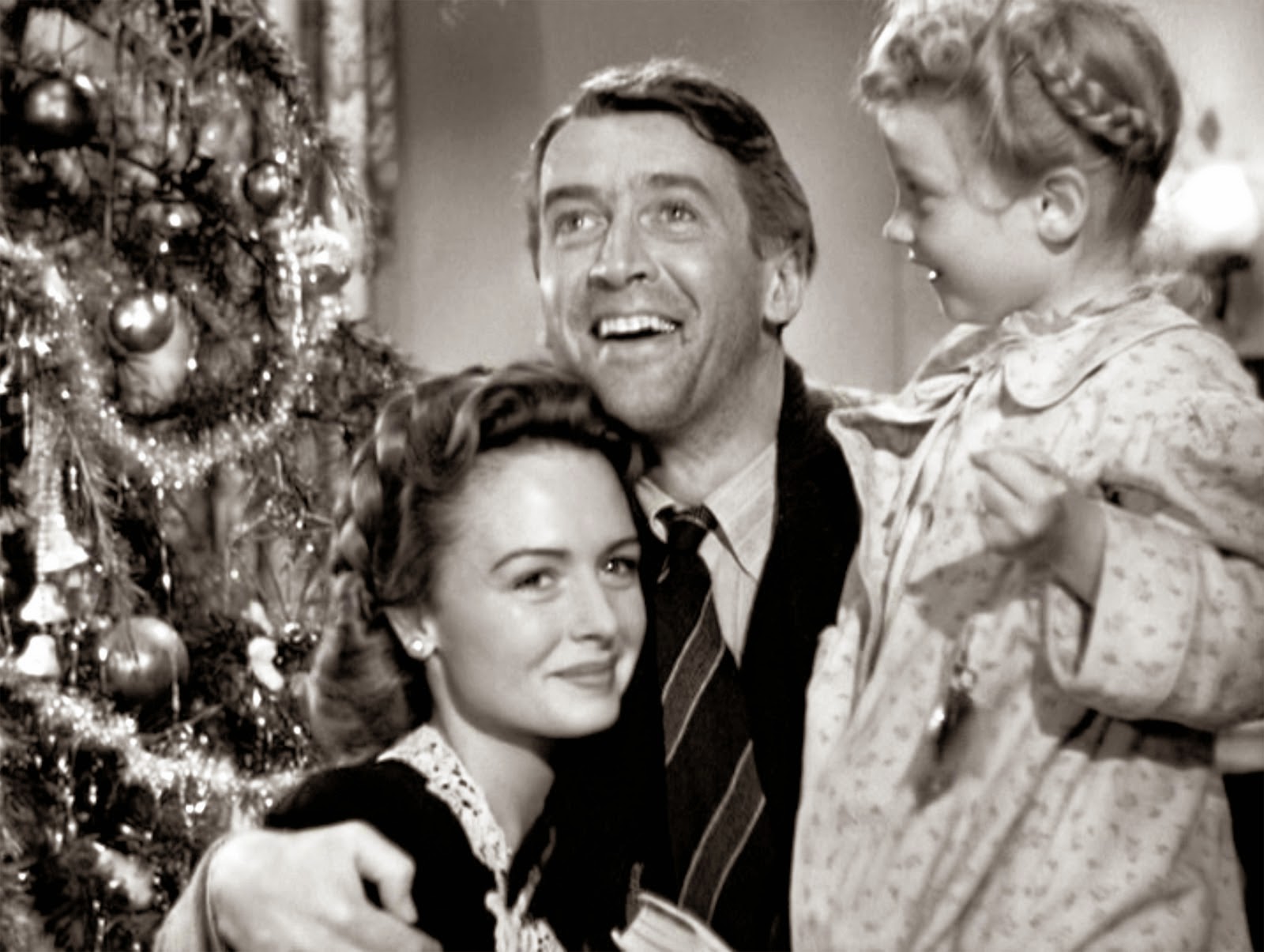 Many people remember It's a Wonderful Life mainly for its happy ending.

I should come right out and say that in general, I am not the biggest fan of Frank Capra's work. He is a very skilled and talented director, to be sure, but there is something about many of his films' "aw, shucks" style of crude populism that rings false and even feels ideologically dangerous to me. I am in agreement with Mark Harris when he says of Capra's onscreen politics that they are marked by "a kind of  easy yahooism" that reflects the Italian-American immigrant director's "overheated and erratic political impulses." *

That said, I have come to really appreciate It's a Wonderful Life over the past several years, not so much for its overt message "about how hard it is to see the magic of life as we're living it" (as Entertainment Weekly cheerily puts it) but rather for its subtext about how our inflated sense of self-concept often blinds us to the fact that, as the Buddhists say, "life is suffering." For me, Life is about how profoundly off-base and un-self-aware George Bailey is throughout most of his existence, and how this only increases his dissatisfaction with what is, in the end, a pretty limited set of life choices. He imagines himself as a man of action, an adventurer, a man destined to see the world and do great things. Instead, he is just an average schmuck who is so fearful of leaving Bedford Falls or taking real risks or letting his late father's business collapse that he ends up right where we'd expect him to: in Bedford Falls, paternalistically protecting his family, friends, and community just like he has done since childhood.

And there is nothing wrong with this. I find Life's somewhat neorealistic** ideology to be a welcome change from the relentless Pollyanna-ism of, say, Capra's 1939 film Mr. Smith Goes to Washington. If Mr. Smith naively suggests that the little guy can make a difference if he just does what's right and follows his heart -- a comforting, if bullshit, message -- Life suggests that the average guy won't really accomplish jack shit or make any major changes in life at all, but that that is to be expected. I think a little "reality principle" injected into a Hollywood film like this is a good thing; it constitutes a real breath of fresh air. 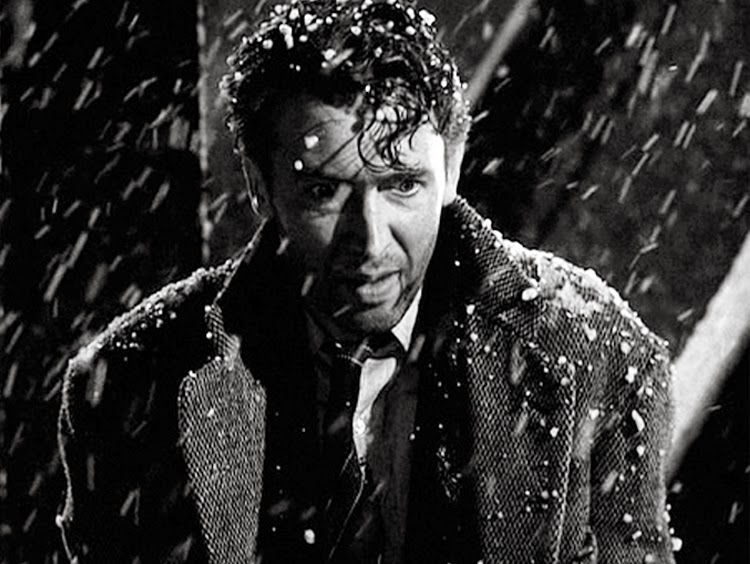 The real power of It's a Wonderful Life is its unrelenting look at the
stultifying, soul-crushing aspects of small-town American values.

Now many might resist my dark reading of this beloved film and interpret George Bailey's successful holding action against the vile capitalist Potter as a heroic accomplishment. According to this reading, George's community's love for him is a justly deserved reward for his heroically protecting them from Potter's exploitation. Superficially, this is accurate: Potter is indeed the film's main villain and the nightmare version of Bedford Falls that Bailey sees when Clarence the Angel shows him around near the end of the film is called Pottersville, a stark, hostile urban space symbolizing the "dark underside of Hollywood ideology" that looks like it came out of a film noir.*** Some would say that that nightmare vision is just that -- a vision -- and that it is wiped away or obliterated by the supposed "real world" of a restored Bedford Falls in the film's denouement. Yet I am inclined to agree with Rich Cohen when he writes that Life is actually a "terrifying" movie whose dark undertones are not erased by Bailey's temporary stymieing of Potter or the film's stock ending: "I do not think the hidden message vanishes when the movie goes Hollywood and happy. I believe the resolution of the darker movie is, in fact, still there, wrapped around the happy ending of the classic."

Indeed. And that darkness, that grim tale of "the good man driven insane," all the way to suicide, is what makes Capra's "holiday classic" stick with me. It is an extremely bleak film for the normally upbeat Capra to have made. And if its pull back from the edge at the last minute feels a little hollow or contrived -- which it does to me -- it is because of the film's admirable willingness to look at the exploitative and soul-crushing dimensions of small-town American capitalism square in the eye for the preceding two hours of its runtime. Like Citizen Kane and The Godfather, It's a Wonderful Life tells us something essential about American life precisely because, unlike so many other lesser films, it documents the life of a relatable and sympathetic man who, in the end, fails miserably. It is an American tragedy and, mainly for that reason, an enduring work of art, because its tragic dimensions balance out Capra's usual giddily populist impulses to make It's a Wonderful Life so much more than the sentimental film that a literal reading of its (ironic) title would suggest. 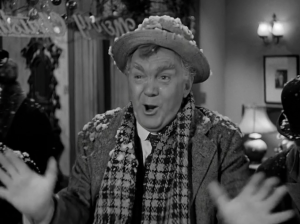 ** I refer mainly to Italian neorealism, which was just getting started around the time Capra made Life, but you can also learn about the legacy of neorealism by reading this A.O. Scott article.
*** Robin Wood, "Ideology, Genre, Auteur" p. 673.
Posted by Carter Soles at 8:00 PM