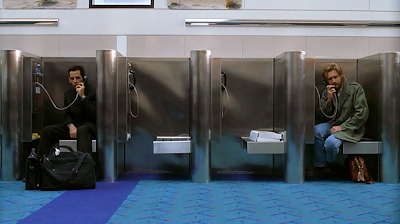 Zero Effect (1998) is a wonderful detective story / comedy, which I have been told is a loose adaptation of the Sherlock Holmes story "A Scandal in Bohemia" -- a fact I did not recognize since I am unfamiliar with that specific Holmes tale. But whether or not you are familiar with the source material, this is a delightful, well scripted and well acted buddy film that pairs eccentric genius detective Darryl Zero (Bill Pullman) with his uptight, long-suffering assistant Steve Arlo (Ben Stiller). These two have great comic chemistry together, and as usual, Kasdan finds time for some truly poignant character moments in between all the twisted plotting and zany antics. After The TV Set this is my second-favorite Jake Kasdan film. 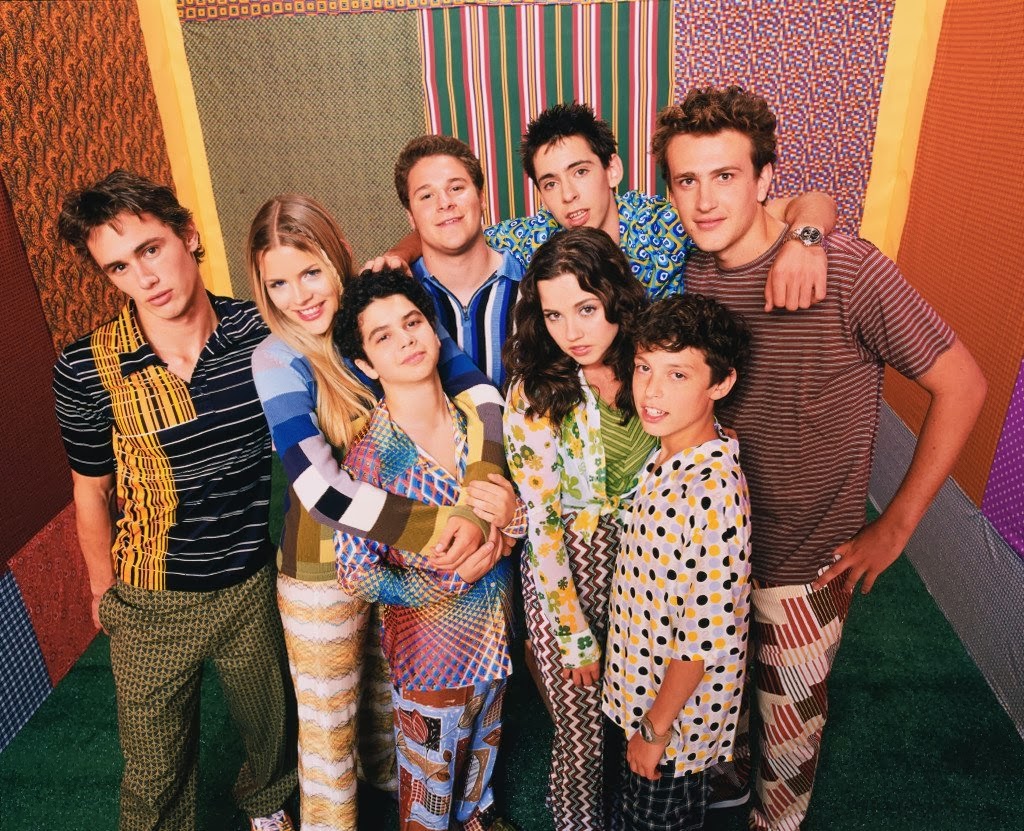 The stellar cast of Freaks and Geeks.

Freaks and Geeks (five episodes, 1999-2000) -- Kasdan was a consulting producer on the series as well as director of several episodes including the pilot and the terrific "Beers and Weirs" episode. Freaks and Geeks is, quite simply, one of the finest "dramedies" ever aired on television, painting a squirmingly hilarious portrait of many of the serious trials and tribulations high schoolers endure. It also captures the historical moment in which it is set -- the year 1980, before "the 1980s" as we know them now truly set in -- perfectly (yes, I remember 1980). And while much of the credit for the series' brilliance goes to creator Paul Feig, executive producer Judd Apatow, the entire writing team, and the stellar cast, Kasdan was surely a key player in the success of many key episodes -- including the penultimate (and possibly his best) one "The Little Things" -- and the series as a whole. 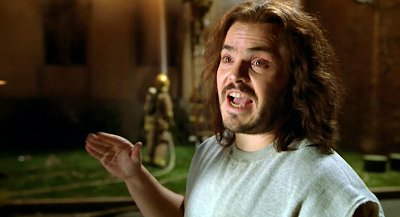 Orange County (2002) is perhaps a lesser work by the younger Kasdan, as it lapses into some overt sentimentality atypical of the director's work. It also provides a fairly thankless role for Schuyler Fisk as Ashley, our protagonist Shaun's (Colin Hanks) girlfriend. She is too perfectly and consistently supportive of Shaun to be completely believable, and therefore comes off as a bit two-dimensional (where's the conflict?). But despite these relatively minor niggles, there is much to enjoy here, including Jack Black's turn as Shaun's slacker brother Lance, and a happy ending that does -- sentimentality aside -- feel earned.

The TV Set (2006) is Kasdan's masterpiece, a razor-sharp satire of the television industry with standout performances by the entire cast, including David Duchovny, Sigourney Weaver, Ioan Gruffudd, and Judy Greer, among others. Based loosely (I presume) upon the real-life trials of Judd Apatow during his years on Freaks and Geeks and other programs, this hilarious film depicts show creator Mike Klein's (Duchovny) attempt to get his TV pilot The Wexler Chronicles produced and picked up for broadcast by a network helmed by mercenary executive Lenny (Weaver). The latter's performance alone is worth watching the movie for, as she takes the kind of cutthroat character she played in 1988's Working Girl and ramps it several more notches, into truly "unhinged" territory. Also noteworthy is Fran Kranz as talentless actor Zach Harper, the other major foil to Klein's plans and visions for his precious pilot. An overlooked gem, The TV Set is literally one of my all-time favorite movies and I simply cannot recommend it highly enough.

In short, if you only check out one Jake Kasdan film, make The TV Set the one. 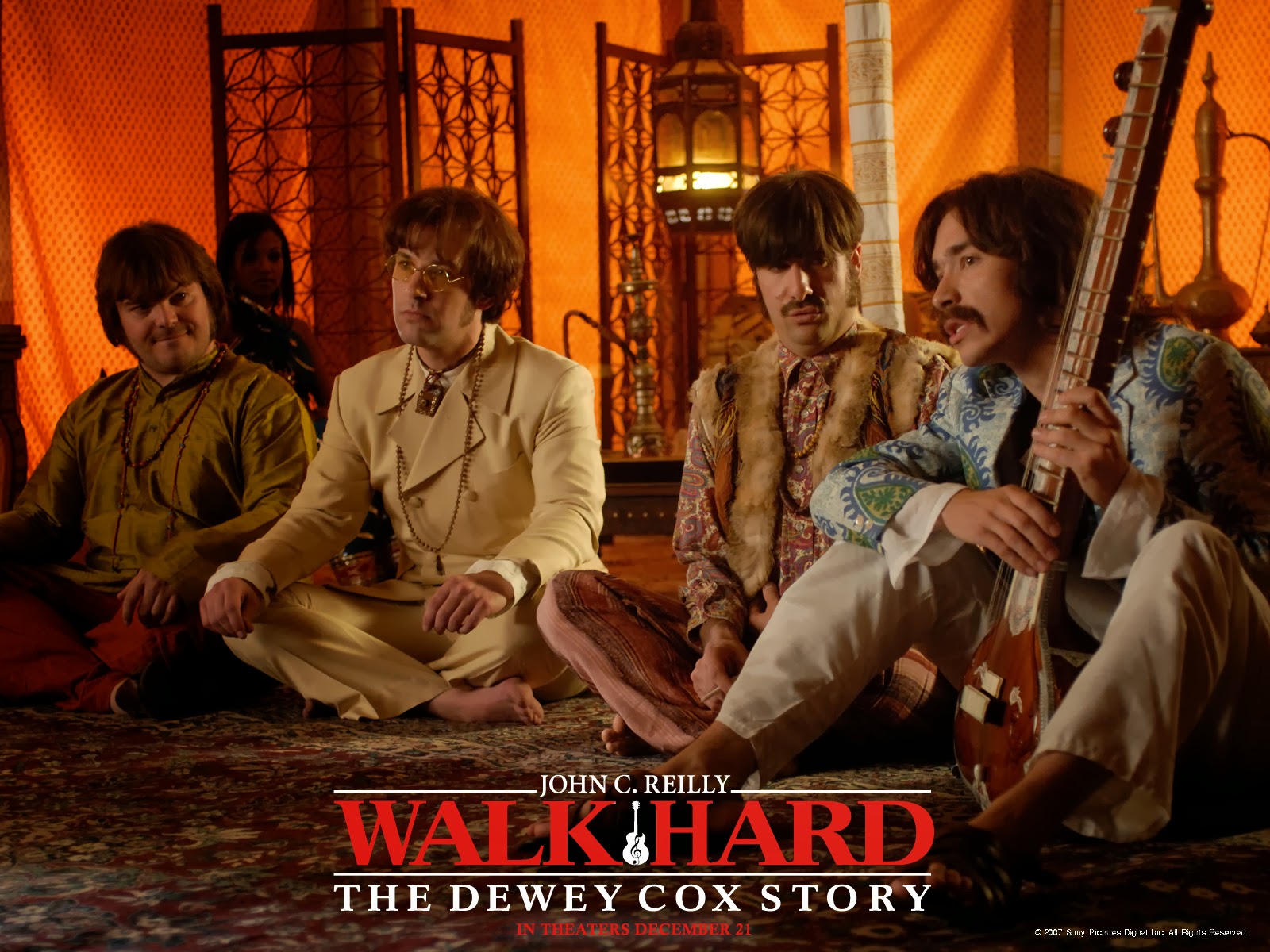 "The Beatles" as they appear in Walk Hard.

Walk Hard: The Dewey Cox Story (2007), while not my favorite Kasdan film, is surprisingly funny and enjoyable given its premise, and sits head and shoulders above other similar "fake biopic" style comedies like Talledega Nights and Anchorman. If you have given this film a pass due to its promotional materials, you may be denying yourself some delightful comedy fun here. But I wouldn't prioritize seeing this above seeing The TV Set or Zero Effect.

Coming soon: Jake Kasdan's next directorial feature is Sex Tape starring Jason Segel and Cameron Diaz, due out in 2014. 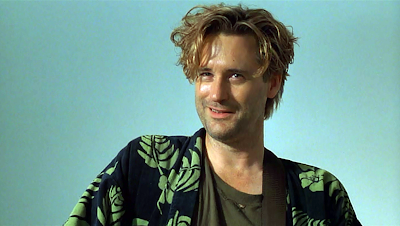 Darryl Zero sez: "Check out these movies . . . they're devilishly funny!"
Posted by Carter Soles at 8:00 PM